I've been quieter than usual. Lil has started teething again and isn't napping. She's also started crawling. Full on, forward, 100mph crawling. I'm exhausted, she isn't. Where this energy is coming from I don't know... 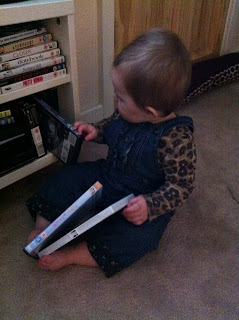 Bored of her toys 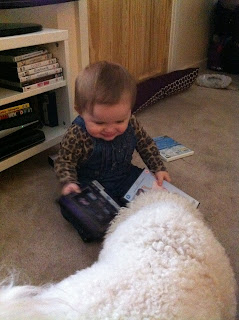 It's less than a week until her naming day and just under two weeks until we go on holiday. Am I organised? Am I fu........ I can't stop eating biscuits or delicious honey and oat bread topped with Brie. My arse won't fit on the plane if I carry on but I CAN'T STOP.

We've not been up to much, I've been trying to sort things out for the party on Saturday and keep her entertained. She has started to try and climb the stairs, why is she growing up so quickly? 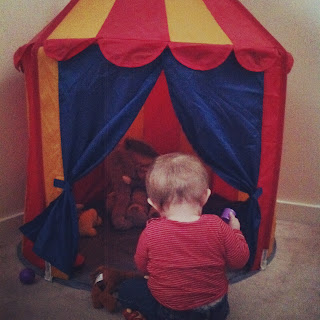 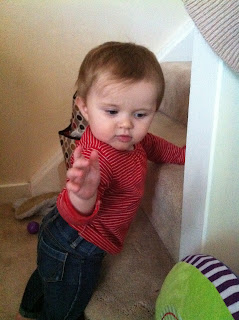 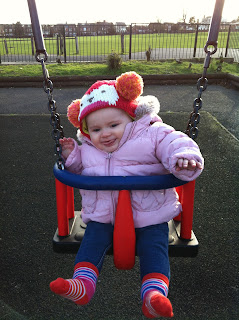 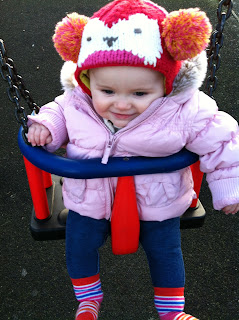 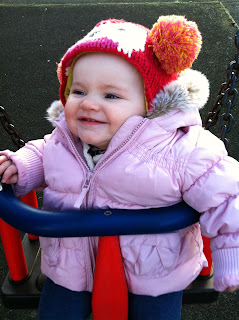 So there you have it. She's been exploring, I've been eating. Just the norm, really.