Two was a tough age, one rife with tantrums and shit fits galore and I really didn't think it could get any worse. As Lil hurtled towards three, people kept telling me to cherish the two year old paddies because three year old ones were worse. Pah! As if. What a fool I was to laugh in the face of the experts.

Three started off ok, or at least I thought it did but then the painkillers I've been taking for the last few weeks may have softened the blow (anyone know of any back street dealers selling the good shit? I've run out...). She's a good kid when she's good, a delight. Her wit improves with every week that passes and she will wipe the floor with you if she's in one of those moods. And then last week, it all went tits up. She was a really horrible little shit and it just so happened it was the weekend I really needed to her behave, at my best friends wedding.

I've never wanted to throw her or myself in the sea so bad. Her divvy little shit fits made me see red and so I grabbed her and whispered, harshly in her ear, that if she didn't behave I'd throw her in the sea so the sharks could have their dinner. Silly really because I've probably shot myself in the foot with that one, we'll see when we visit the beach next. Then, fifteen minutes later, she kicked off again... 'You see that tower? I will lock you in it and the witch will come and be mean to you and turn you into a slimy frog.' I won major shit parent points that day, if anyone heard me (which I'm sure they did) I dread to think what they thought. Little fucker though, the thing these kids push you to say. I did the childish thing of pulling faces at her too. Nice one, Charlotte.

We can't be wholesome parents all of the time though, can we? That would just be boring.

So a month into three, I'm nodding my head in agreement that three is a pretty shit age. But on the flip side, she's so much more fun when she's not being a total pain in the ass. Swings and roundabouts, as they say. But it ain't no fun fair. Or playground. Whatever.

Here's to the new challenges each year brings. And to wine. All the wine.
Written by Charlotte at 1:05 PM 3 comments:

Wow, what a fucking bittersweet month.

My beautiful little baby turned three at the beginning of April, she had a simple day choosing a lunch of sushi and a spree in the Disney Store (naturally). I was feeling super shitty after the injection and ended up back in A&E but was sent home later that day and we gorged on tea at Sainsbury's and then (her 3rd - fatty) birthday cake at home. I was so happy she wasn't sick for the first time on her birthday, what a star! 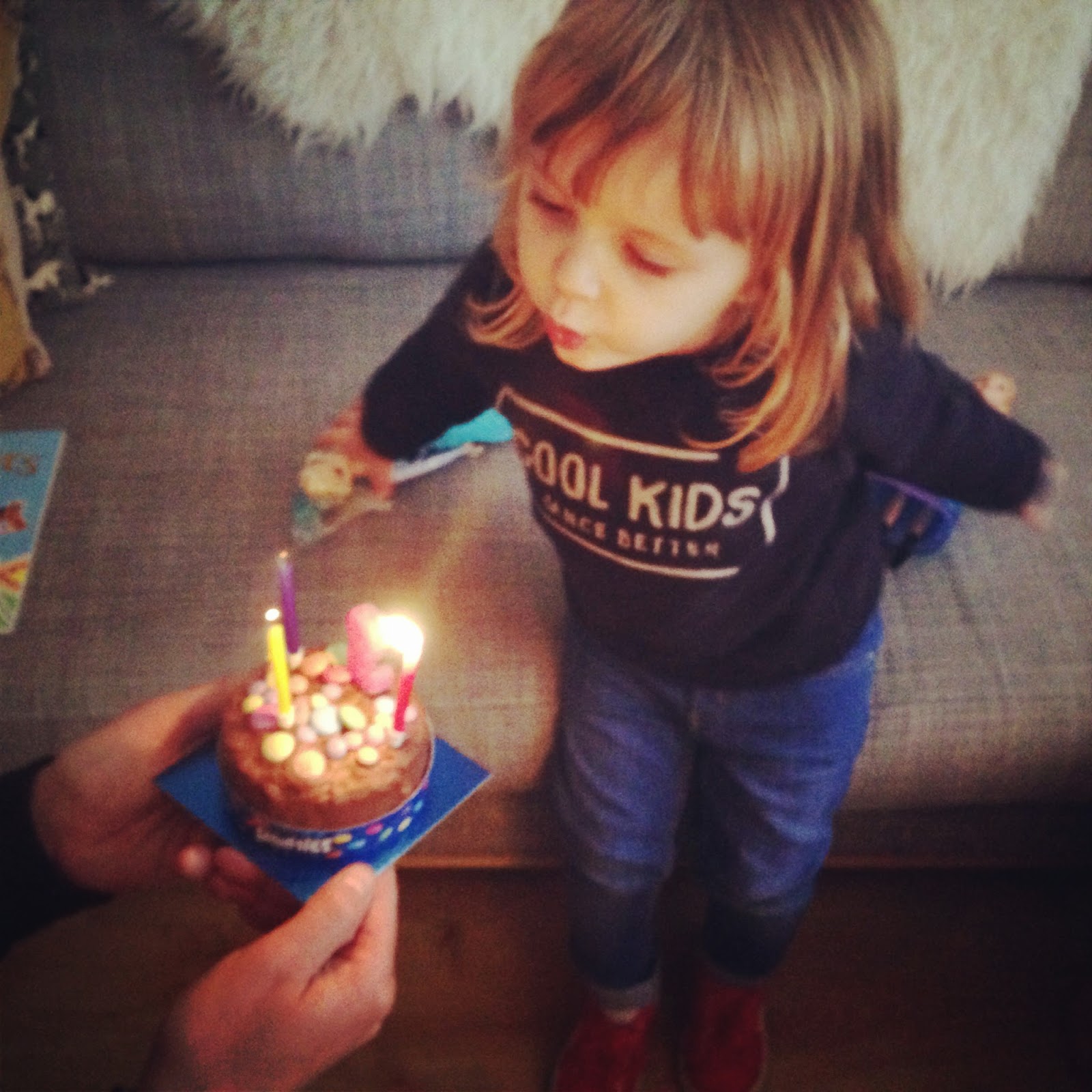 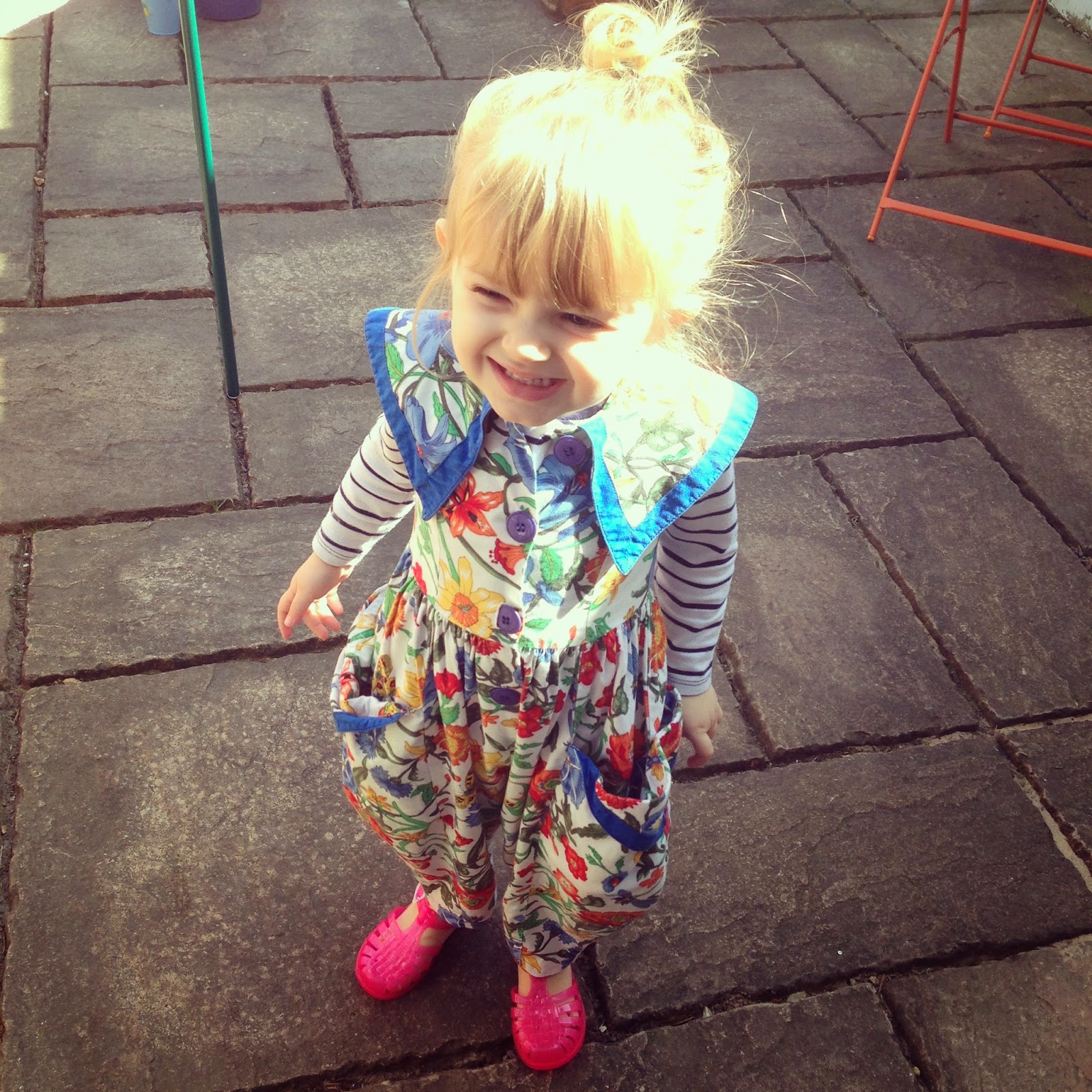 The end of that week I was admitted into hospital to have the ectopic pregnancy removed after spending the day in a lot of pain with the tube threatening to rupture. They removed the damaged fallopian tube too and I've spent the past two weeks in a bit of a lull but I can finally see the light at the end of the tunnel (in the form of booze and a holiday). I never, ever want to go through that experience again. The Universe can suck my balls for that one.

If one good thing has to come out of this month, it's that I woke up after the operation free from anxiety. It had started to make me really sick but it just vanished. I've still been worrying about things but I haven't felt crippled by them and I certainly haven't had any attacks - I hope it stays that way too.


I didn't know if I'd ever write another post, lack of enthusiasm and just a general lack of giving a shit really. But I quite like my little space to talk nonsense about being a Mum. A mum of one and a bloody good one at that, I'm very lucky. My pity party is over, much like this nasty month (almost) and I'm looking forward to the next party, one full of happiness and lots of fun.

Exactly three years ago last Friday, I was on a maternity ward being induced at 41+2 days pregnant. I sometimes catch myself reliving my whole birthing experience in my head and wincing. But being at that same hospital at the same time three years later, I smiled at what would have been happening at that very moment. Smiled at how unknowing I was.

I've always believed in fate and often noticed 'signs' and to some extent I believe in 'The Universe' and everything it has to offer you. And on Friday as I was walking into the hospital at the same time I did three years ago, I thought it must be a good omen. I hadn't miscarried, I wasn't having an ectopic pregnancy, It was a viable pregnancy. Three days prior I'd sat in A&E for six hours, I was told at first I'd miscarried and then hours later I was still pregnant. Which was it going to be? Deep down I knew it would be good news, it was too much of a coincidence that I'd been here three years ago heavily pregnant and ready to give birth. It was a good sign!

After blood tests and a scan and lots of waiting, I was told that it was an ectopic pregnancy. I won't go into detail but it just wasn't possible that it could be a viable one. I felt a flood of different emotions in the space of three seconds, the most intense wave of mixed feelings but mostly I was frightened. I knew what was going to happen next, I'd spent the night before looking at my options even though there was a glimmer of hope it wouldn't come to this. As the doctor explained what those were, my mind whirred and whirred. I never knew it was possible to think so many things in a split second, the brain is a phenomenal thing. But still I was shocked that The Universe hadn't delivered, the 'sign' I thought there was simply my imagination running away with itself. I felt foolish.

It took seconds to decide that the medical route was best. The nurse gave me a shot of methotrexate (a chemotherapy drug - yeah, intense... I feel like I've been hit by a truck) and just like that I wasn't pregnant anymore (in my mind, not yet in my body). I have to go back to the hospital every week for the next month to ensure the hcg levels in my body are dropping (they've dropped by 2000 in four days so the drugs are working). My fingers are crossed this drug will continue to do what it's supposed to and that it doesn't result in a ruptured fallopian tube because that can still happen.

I've never found it easy to write about feelings of sadness or grief, my speciality is generally rage(!). But I am sad, I do feel as though I've lost something. I am terribly sad, I feel withdrawn, I don't want to be around anyone. I feel wretched and I'm in pain. It's a hard thing to grieve, a pregnancy that wasn't 'quite'. It's as though I have less of a right to feel this than someone who has lost a pregnancy further down the line and I know it's ridiculous. Every pregnancy that's lost should be grieved. I'm angry too, angry at others ignorance. I think people expect me to be up and about and doing things but ectopic pregnancies can be life threatening and until my hcg levels drop back to zero I've been told to rest. I could feel the effects of the drug for a month and I have to avoid exercise, alcohol, foods rich in folic acid. I'm exhausted and nauseous. But I'm trying to direct my anger into looking after my body (does that even make sense?), not at the ignorance and selfishness of others (I'm sorry I've lost a baby, have just had chemicals pumped into my body, am still at risk of a ruptured fallopian tube and an operation and have been instructed to rest. I'm sorry but this isn't a straightforward miscarriage!). People are dicks. Everywhere I look there are women pregnant and I feel jealous and I hate it. I'm not a jealous person but this whole experience has left me bitter. I know time is a great healer and this won't be forever but I'm finding it hard to see the light at the end of the tunnel. Thank goodness for Lil.

As I write this, my almost three year old is playing with her princesses. Three years ago today I had a baby who was a day old. I am so lucky for what I have. I still believe this is a sign. It wasn't meant to be, as vomit inducing as it sounds.

A sign (perhaps) that three is still, and always will be, the magic number.