My social calendar these days is pretty dire. I forgot just how exhausting babies are and the last thing I really want to be doing after a bad night is making plans and going out, I mean... I'm a complete lightweight these days.

The girls, however, well... it's embarrasing really. Most recently, Lil was invited to the screening of Lego Friends: Girls 4 Life at Warner Bros. We are a big fan of Lego in this house, all of it. Sports car Lego, Disney Princess Lego, bog standard bricks... we don't discriminate, so of course when I asked her if she wanted to go she immediately said yes.

I'm not in the know with all these different legos (is that how you say it? or is it "different lego" minus the 'S'?), that's Daddys department, but he assured me that it would be good. So off we went to London. 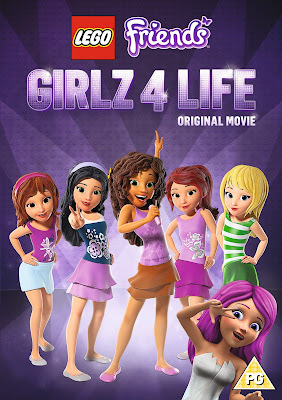 The DVD, released just in time for half term on 15th February, is about a group of girls in Heartlake City whose friendships are tested when Livi, a popstar, comes to town. Livi's manager steals the hit song "Girlz" from the group of friends and as it skyrockets Livi to fame the girls wonder if once she knows the truth, Livi will do the right thing.

I should have just copy and pasted the press release shouldn't I? I'm not the best storyteller. Anyway, it's actually a really good film and Lil was glued from the beginning. The songs are super catchy and I've been humming them for the last few days and I can see exactly what we'll be doing in half term... learning allllll the words and dance moves. 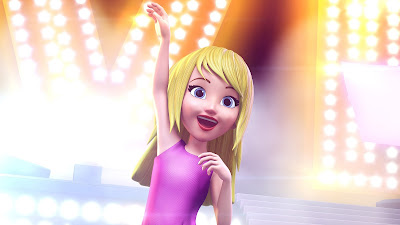 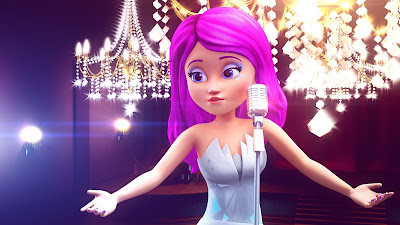 This is Livi, I am jealous of her hair 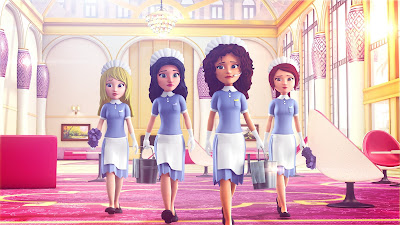 The girls aren't maids, they're in disguise... y'know, off to kick some manager butt


We ate the most ridiculously delicious cupcakes, played with Lego, hung out in the photo booth... I am now the coolest mum on the planet according to her. Wahoo! So there you go, I am living out my social life through my four year old. And do you know what? This was way more fun than a bottle of wine and a hangover the next day, even if I did sugar crash in the car on the way home. 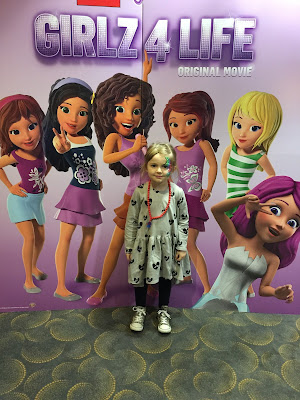 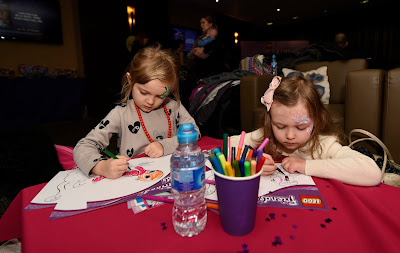 Straight in there with the colouring


Here's the trailer, have a watch and if you want to win a copy head over to my Instagram.


A huge thank you to Warner Bros for the invite, you guys are the best!
Written by Charlotte at 8:05 PM No comments:

I recently had an email that made me sit up with excitement: Roald Dahl's Tremendous Adventures at Tatton Park.

We are big fans of Roald Dahl in this house and we've read The Twits and George's Marvellous Medicine with lots of giggles. And with the impending World Book Day, Lil has decided she wants to be a character from one of Dahl's books (although not Mrs Twit or Miss Trunchbull I am sad to say).

The info is pretty much a copy and paste job (sorry - full list of dates right at the end if you want to scroll through), but I've kept out the boring bits. If you're looking for a day out and you live oop North then this really is going to be worth a visit. And if you don't live close by, it's definitely going to be worth the trip. 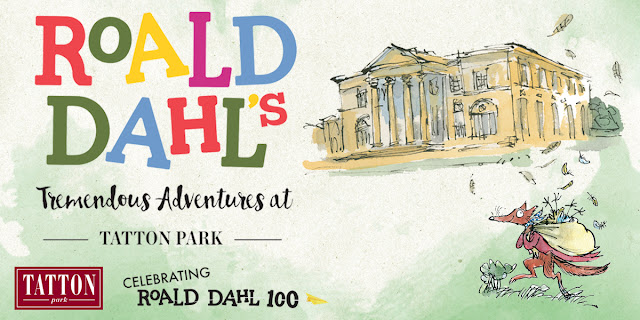 The most gloriumptious things are set to happen in 2016 as Tatton Park embarks on a magical journey celebrating 100 years since the birth of Roald Dahl, The World’s number 1 storyteller. 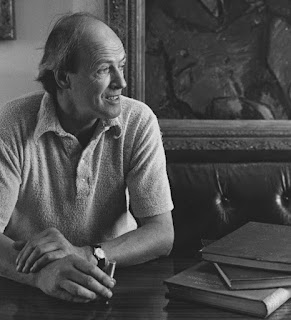 Working closely with the Roald Dahl Literary Estate and legendary illustrator Quentin Blake, the year-long programme of events at Tatton Park is just one of a host of activities taking place throughout 2016 as part of Roald Dahl 100. Included in the birthday celebrations is the Imagine Children’s Festival at London’s Southbank Centre in February.

Amongst the jam-packed year of surprises at Tatton Park are the most imaginative trails for children. From Easter to the end of September you’ll be invited to join DANNY THE CHAMPION OF THE WORLD in the Gardens, FANTASTIC MR FOX at the Farm and MATILDA in the Mansion….and out in the Parkland THE ENORMOUS CROCODILE will be lurking.

Kicking off  the year’s celebration will be a Splendiferous Scarecrow Festival in the Gardens in February, an opportunity to meet some terrific scarecrows inspired by the best-loved of Roald Dahl’s characters. Expect to be entertained as Illyria outdoor theatre puts on a grand performance of DANNY THE CHAMPION OF THE WORLD in the spectacular outdoor setting of the Old Hall. Outdoor cinema comes to Tatton’s beautiful Parkland with a late summer evening screening of WILLY WONKA AND THE CHOCOLATE FACTORY starring the legendary Gene Wilder. And there will be plenty of invitations to settle down and listen in as Roald Dahl’s extraordinary storytelling weaves its way through the park throughout the year.

In September Tatton will be joining many others in a worldwide celebration of Roald Dahl's 100th year with a scrumdiddlyumptious picnic day. A Frightsome Halloween will be full of witchy mischief and the Christmas Mansion will be packed full with Roald Dahl’s unique imagination, his beloved characters and unforgettable stories.

The Mansion will be hosting a unique opportunity to see a magnificent display of Roald Dahl book covers from around the world and throughout time. His books have been published over 200 million times and in over 50 languages.

Visitors will be able to discover the most gloriously yummy treats in Tatton’s Stableyard. Inspired by Roald Dahl a fun children’s menu includes scrummy boodley pods and tasty piggerley porkers and the shops will be packed full of extraordinary things to buy.

Mr Fox invites you to spend the most marvellous summer day joining him in a farmyard packed with fun. Go on a journey to find the den, get creative in the writing hut, be entertained, listen in to storytelling and enjoy one of your best days ever!

Join Illyria as they promise a terrific performance of DANNY THE CHAMPION OF THE WORLD as he masterminds the most incredible and exciting plot ever to save his Dad from danger.

Pack a picnic and come and celebrate the month Roald Dahl, the world’s best storyteller, was born. Bags of activities to make for a splendiferous time.

A late summer screening of  WILLY WONKA AND THE CHOCOLATE FACTORY starring the legendary Gene Wilder as Wonka. Grab your golden ticket and bring a picnic.*

“Witches are easily the most dangerous of all the living creatures on earth.” This half -term be spooktaculary entertained by a park full of Roald Dahl witchy mischief….and plenty of mice!

“Those who don’t believe in magic will never find it”. Step into our Christmas mansion and into Roald Dahl’s magical world as his extraordinary storytelling weaves itself through the grand staterooms and into the bustling servants’ quarters.


Written by Charlotte at 7:40 PM No comments:

I'm pretty ashamed to admit that I've never been to a rave. I know, it's atrocious isn't it... I'm righting that wrong in the next school holidays albeit at a kids rave (that is also for parents). After my hellish day I decided that we are going to make plans for every day of the upcoming school holidays and god help me trying to plan stuff for the three week hellidays at Easter. 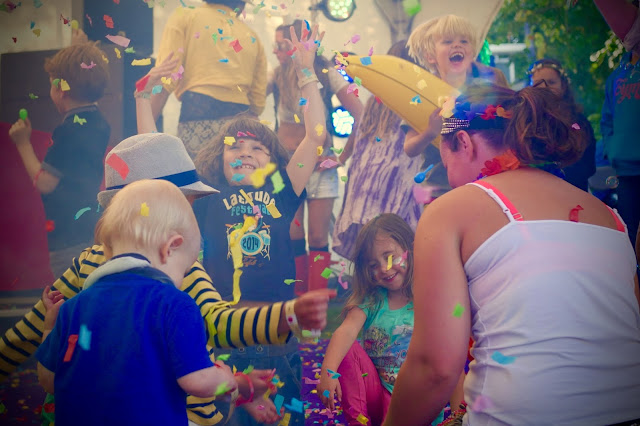 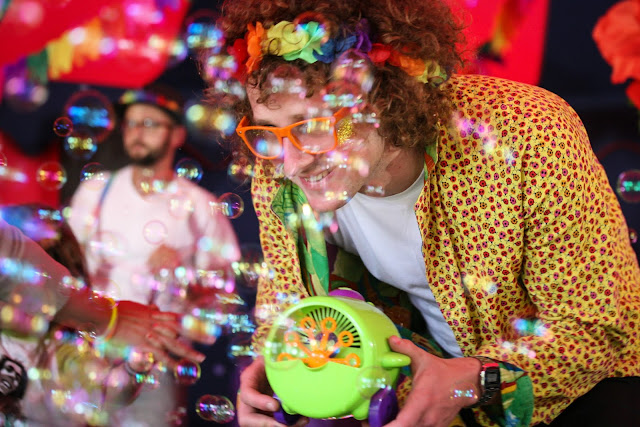 Rave - A - Roo is "a new clubbing mash up of festival fun for all the family" babies included. So that'll be me and the girls' first time raving. Rock on. Or should that be rave on? Launching at the Ministry of Sound, this rave is literally for the whole family... grandparents too (no pets though) and it'll be full of cool stuff for the kids to do (think UV tattoos, confetti mayhem, neon craft, glow chill room) and stuff for us parents too (A BAR... PIZZA!) and professional security in case the little ones try to break out.

It sounds like it's going to be a pretty cool afternoon and hopefully will contribute to an early bedtime for the kids. Anything that contributes to an earlier bedtime gets the thumbs up in this house...

Not a sponsored post
Written by Charlotte at 8:13 PM No comments:

As I write this, I have two babies asleep on me. Long gangly almost five year old legs across my lap and a very heavy almost four month old on my chest, clutching my bra (standard). I'm sitting here on the sofa in the dark, listening to them breathe, wondering how on earth I got here. Not the sofa, here... With two children. It still hasn't sunk in I'm a Mother of Two Girls, it's madness.Today I was called boring, told this was the boring-est Saturday ever because daddy wasn't home and that she wishes it was Sunday NOW. It's a good job the baby can't speak. Boring. That shit hurt.It's only today that I realised just how hard it is, having two children. Today they tag teamed me with their constant whining, both constantly hungry and letting me damn well know about it. I thought back to when I was Lil's age and my mum had only just had my brother. She was doing this shit alone AND working! So really I don't have a leg to stand on when it comes to whinging about my shitty day but I'll go ahead and moan anyway. She's my motivation on days like this and I have a feeling there are going to be a lot more of them to come (fuck you three week Easter holidays). Aaaaaaand the baby's awake....I managed a shower after getting her to shut up for ten minutes. It's not her fault, she's teething, but jeeeeeeeeeez they don't let up do they? I've already (probably) O'd her on placenta essence. I put some underwear on and fed her on my bed, thinking she'd go back to sleep now she was on my skin BUT NO, she'll only be happy when she can crawl into my skin. Instead, she pinched the back of my arm so fucking hard I ripped her off my nipple so fast she threw up with the most perfect aim of my granny pants. Sicky crotch. That'll teach me not to do that again, I'd also quite like my nipples intact with all layers of skin, thanks. Ah breastfeeding. She's asleep now, of course... Now daddy is just about to walk through the door after a long day in Germany doing important shit, to a house that looks as though the laundry bin has exploded in the kitchen and a fucking crèche in the lounge. Oh life. Oh housework. I hate you.So here I am, a boring mother having a boring moan (it started off ok and it's the first published moan as a mother of two GET IN... took almost four months to start bitching about it!) about my not so boring day.And that (one way) conversation me and my husband had about baby number 3? Let's boring well forget that.
Written by Charlotte at 9:53 PM No comments: