I appear to be slowly suffocating under a blanket of exhaustion, uni work and tantrums at the moment. Which means I don't have much to say other than when the fuck will these back molars cut so the blanket of foggy bullshit rises and I get my toddler and my life back?

Since the middle of last week I knew something was up with this kid. She'd gone from being delightful to a devil and just wasn't having anything other than her own way. And then it clicked. We were four teeth away from a complete set, it had to be the bastard teeth. The epic three hour nap she took yesterday and not so epic three hours of sleep I got last night confirmed that. And then there's the streaming cold... 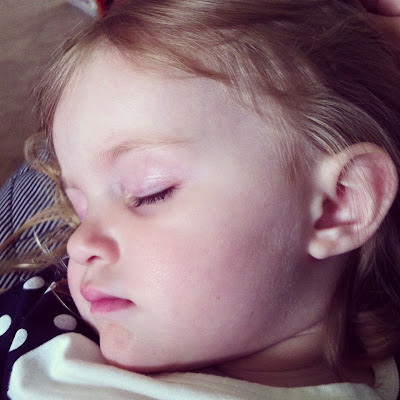 If this is the return of nap time then I owe the toddler nap gods, big time.


It's exhausting, isn't it? Just taking care of someone other than yourself is mental work but when that someone is a raging, snot encrusted two year old who only wants to play in the Disney store or watch Wiley videos (don't ask)... it's exhausting. Newborn exhausting. Last week I was going to bed at 9pm. That hasn't happened since I was pregnant with her. 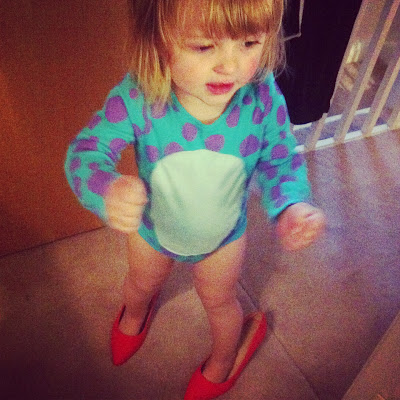 She might be miserable but she's still making me LOL.

I'm doing the Calpol / Nurofen thing and trying to distract her with anything I can think of... cake making, play doh (I even let her mix the colours up, now that was painful), stickering, drawing on herself (yook, tattoo mummy!), letting her destroy the house etc etc.

When she's finished teething, we're going to have a party. A massive rave in the Disney store. Effin teeth.
Written by Charlotte at 9:02 PM