A patchwork quilt I don't want to be sick on.

Those that know me or have followed me from afar know that I ain't down with all the baby shit. I hate baby pink, teddybear embroidery and pretty flowers on socks. I'm all for babies being babies but I refuse to dress Lil like a cutesy little thing because she isn't one. The same goes for all of her belongings.

I was trawling the internet trying to find a patchwork quilt that didn't have animals or trains or flowers on because she like to laze about on the floor doing her own thing so I wanted something that looked nice. In the end I found one on ebay and instead of it looking like something I'd want to be sick on, it was really cool. 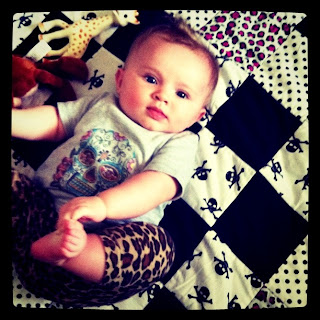 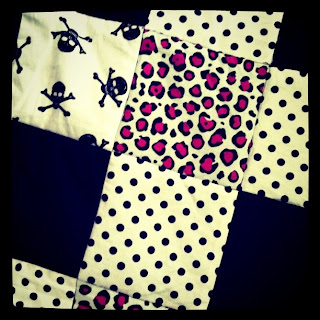 Claire, who I purchased the quilt from, handmakes everything she sells. She has other varieties of the patchwork quilts including a cute cupcake version and is also about to start selling baby blankets. Finally someone who can cater for mine and Lil's tastes (but mainly mine) and doesn't charge an absolute fortune.

If you're interested, go take a look on eBay (seller: madrags) or contact her on madrags01@yahoo.co.uk
Written by Charlotte at 3:30 PM