Contrary to popular belief (and the fact that I can be a total gobshite sometimes), I'm a traditional girl at heart. I think making and keeping traditions is super important too.

One tradition I grew up with was visiting a part of Spain with my Grandparents as a child. They had friends there and their friends had a grandchild too, Giovanni his name was (and I was totally in love). We went almost every year and I have very happy memories of our time spent there. I took Lilian with my Grandparents for the first time when she was five months old and we've just booked to go back there in a few weeks time but this time, unfortunately, without them. I can't wait to show her places I visited as a kid and play on the same beach my brother and I first ran around on twenty years ago (ugh - old).

Another tradition, a new one, is Friday and Saturday night disco. This started about three months ago and is the brainchild of Lil and her father. Ever since she was in utero, I made a point of listening to a lot of loud music and I like to think I've played my part in her obsession with music. The kid loves it. And it's a perfect way to wind down on a Friday night after a sometimes shitty week. As soon as dinner has been eaten, it's party time. 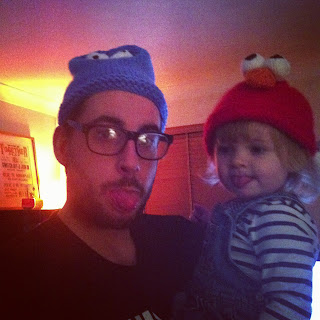 
And another? Family weekend. We have a HUGE family, both mine and Tim's parents are divorced so we try to do the huge family rounds every month but what almost always gets left out is family time, the three of us as a family doing things as just the three of us. I think that's the most important time of all so every month now I book an entire weekend out on the calendar. We do something or nothing but either way, it's just us three. 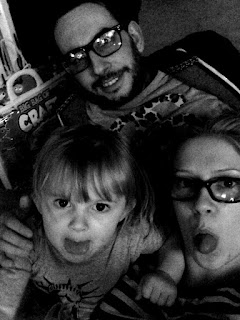 
As the years go by, I'm going to create more and more family traditions and I hope that Lil will carry them on when she's an adult. (Funnily enough, I'm just about to start a 1200 word assignment on tradition - nowhere near as fun as my traditions though...)

What are your family traditions?
Written by Charlotte at 5:56 PM