We've had an eventful week in the form of complete shittiness from the babe (quite literally and her general mood. How I haven't spent the week drunk, I don't know. So there I was, shouting at her for being naughty and rude and whiney. Turns out she was sick and it wasn't entirely down to the fact that since she hit two she's become a little devil.

We got to ride in an ambulance yesterday which sounds more exciting than it was, obviously. When Lil's temperature hit over 40 and her hands and feet turned blue, the lady from NHS Direct told me she had to send one round for my little patient. So that was fucking scary. But the guys in the ambulance took the piss out of my garish Topshop leggings and told me I looked worse than Lil which made me feel much better. The doctors and nurses were brilliant and she was diagnosed with a bacterial infection and paininthearse-itis. You can't get drugs for the latter. 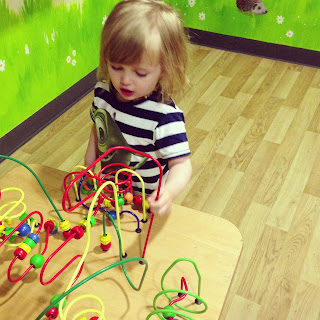 
After forcing the foul smelling orange stuff down her throat (that was fun), she slept until 2:30am when her temperature sky rocketed again and we saw blood in her vomit. Another trip to A&E, more prodding. We got sent home with different antibiotics this time, the yellow stuff that kind of smells of bananas. Lil loves bananas, I said. But then I remembered that I love them too and when I was a kid that yellow shit did not taste like bananas. More pinning down and forcing the yellow stuff down her. Being a Mum is LOLZ.

So today I am trying to distract her from feeling like crap, forcing medicine down her throat and praying to the sick gods that she's well for her holiday on Monday. Otherwise I'm going on my own. 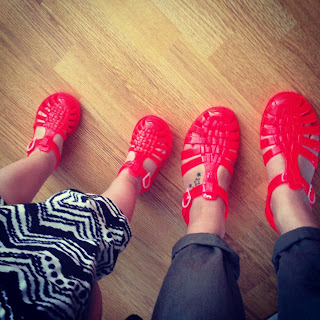