We seem to be going through a period of zen in terms of Lil's shit fits and it's really nice (obviously). What I've learnt this past ten days is that when my child isn't being a highly strung almost three year old, she's actually very chilled out. She doesn't have many cares (except, perhaps, whether or not she's going to get some form of chocolate that day) and although kids generally don't, it's come as a shock.

You see, if you haven't worked it out yet then you'll need to know that I'm a bit highly strung (thanks to the father of my child for pointing that one out), it runs in the family (both sides) and because Lil is much like me (stubborn, creative, witty), to see her so carefree (when she's not throwing shit fits) is refreshing. Before, she would have a shit fit if she spilled water down herself (I'm hoping this phase has passed) but now she just laughs and says 'not to worry mum, we can clear this up' and it makes my heart flip. It just isn't a big deal to her (or me, I might add) whereas four weeks ago she'd scream blue murder.

But, much like her father, she's beginning to become so carefree and chilled out that she just isn't bothered about certain things that bother me. Like tidying up, for example...

Lil, I need you to tidy up before you get more toys out because it's getting very messy.
Oh don't worry, Mum, you can just clear it all up later.

Lil, if you drop play-doh on the floor you need to pick it up because Monty will eat it otherwise and he'll have a poorly tummy.
Don't worry, Mum, at least his tummy will be gold and purple like the play-doh. You can pick it up for me.

And then she smiles sweetly. 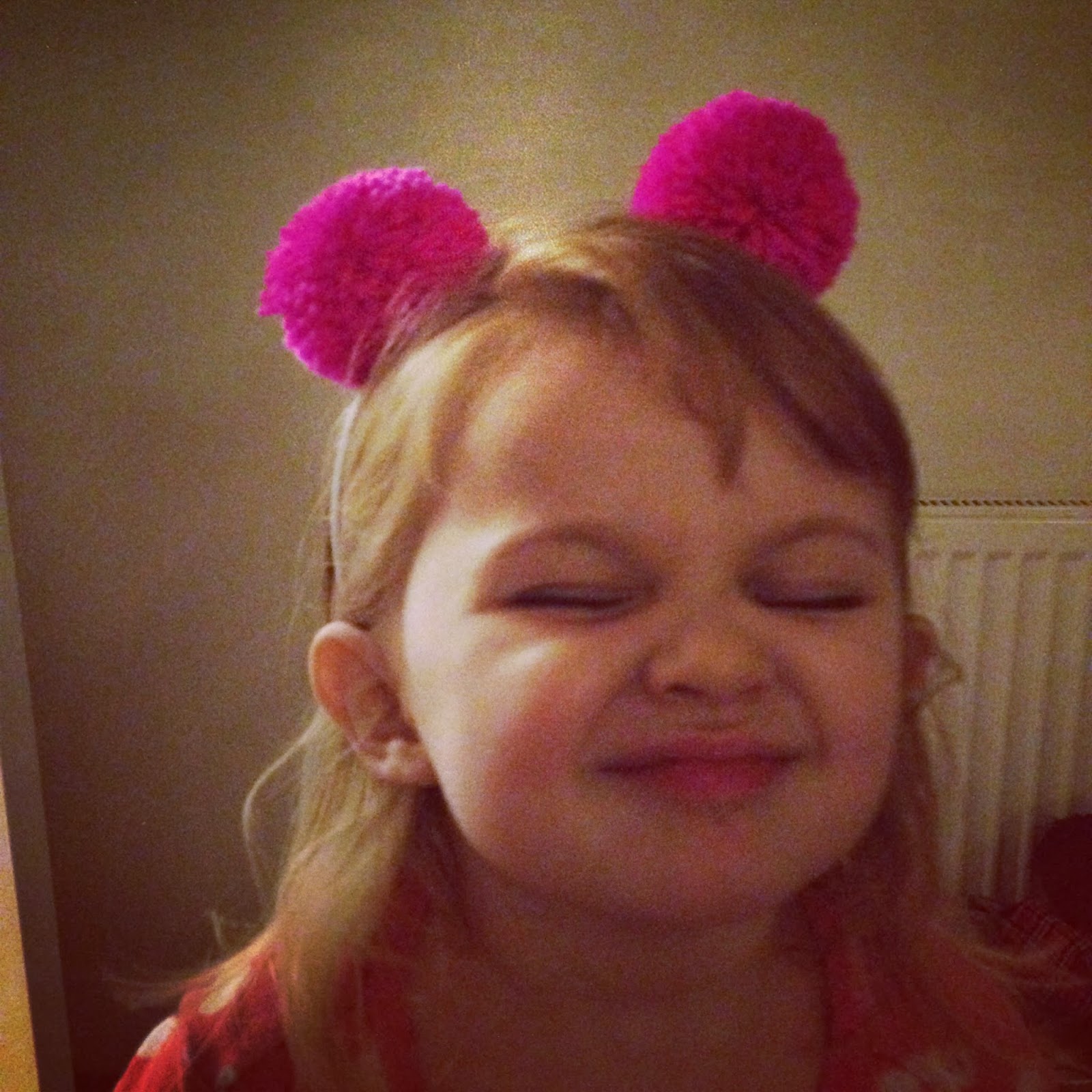 See. Not a care in the world.

As much as I don't want this lovely carefree attitude to change right now, if I have to pick up one more fucking toy or prise play-doh from the dogs mouth one more fucking time I am going to lose my mind once again (ohmmmmmmmmmm).